Can you count to ten?

It's here! A Numbers Game is the second instalment in our series of Posthuman mini episodes. These set pieces of interactive fiction will collectively reveal important elements of the Posthuman backstory, whilst also giving an insider's view of the world and its characters. The story makes use of audio, so volume up please!

Sometimes there's nothing better than a quiet evening in with your nearest and dearest: good company, good music... and a good few hours before the mutants regroup and launch another attack.

We're proud to present Friday Night In, the first instalment in a series of Posthuman mini episodes! These set pieces of interactive fiction will collectively reveal important elements of the Posthuman backstory, whilst also giving an insider's view of the world and its characters. The story makes use of audio, so volume up please!

We hope you enjoy them - Click here to start!

Posthuman is a boardgame for 1 to 4 players. Players start off as human survivors hunted by their mutated genetic successors. The goal for the human players is to complete a journey of 10 zones on a randomly generated, tile-based world to reach the safety of a fortified human community ('the Fortress'). As they travel through these zones players will encounter friends and foes that will help or hinder them on their way to safety. As they come into contact with mutants they will accumulate mutations which they can choose to suppress or give in to. If they do give in, they switch sides and join the mutants. Human players win as individuals. The mutants' goal is to stop the humans from reaching the Fortress, either by turning all human players into mutants or by driving them to despair so they abandon their quest. 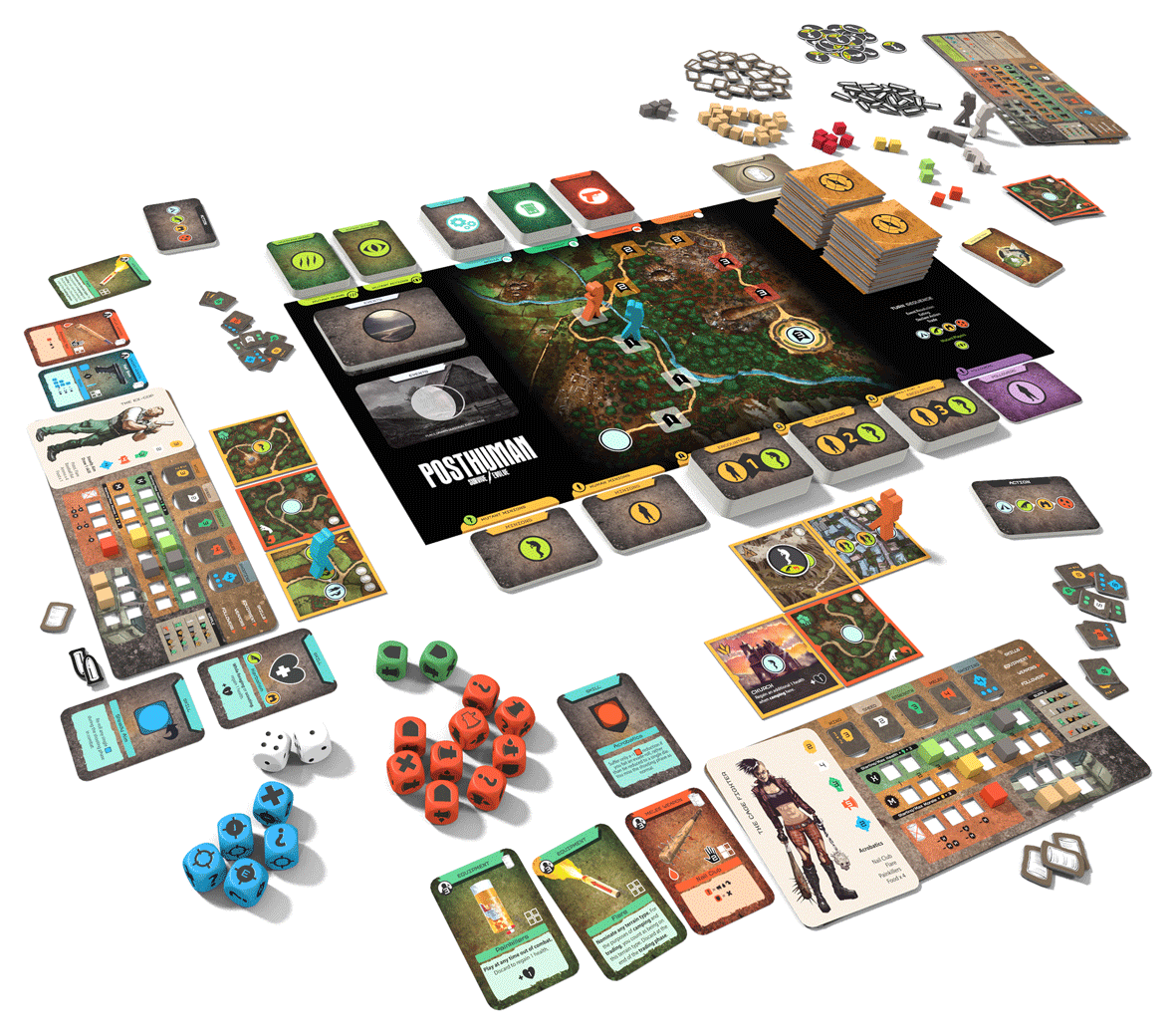 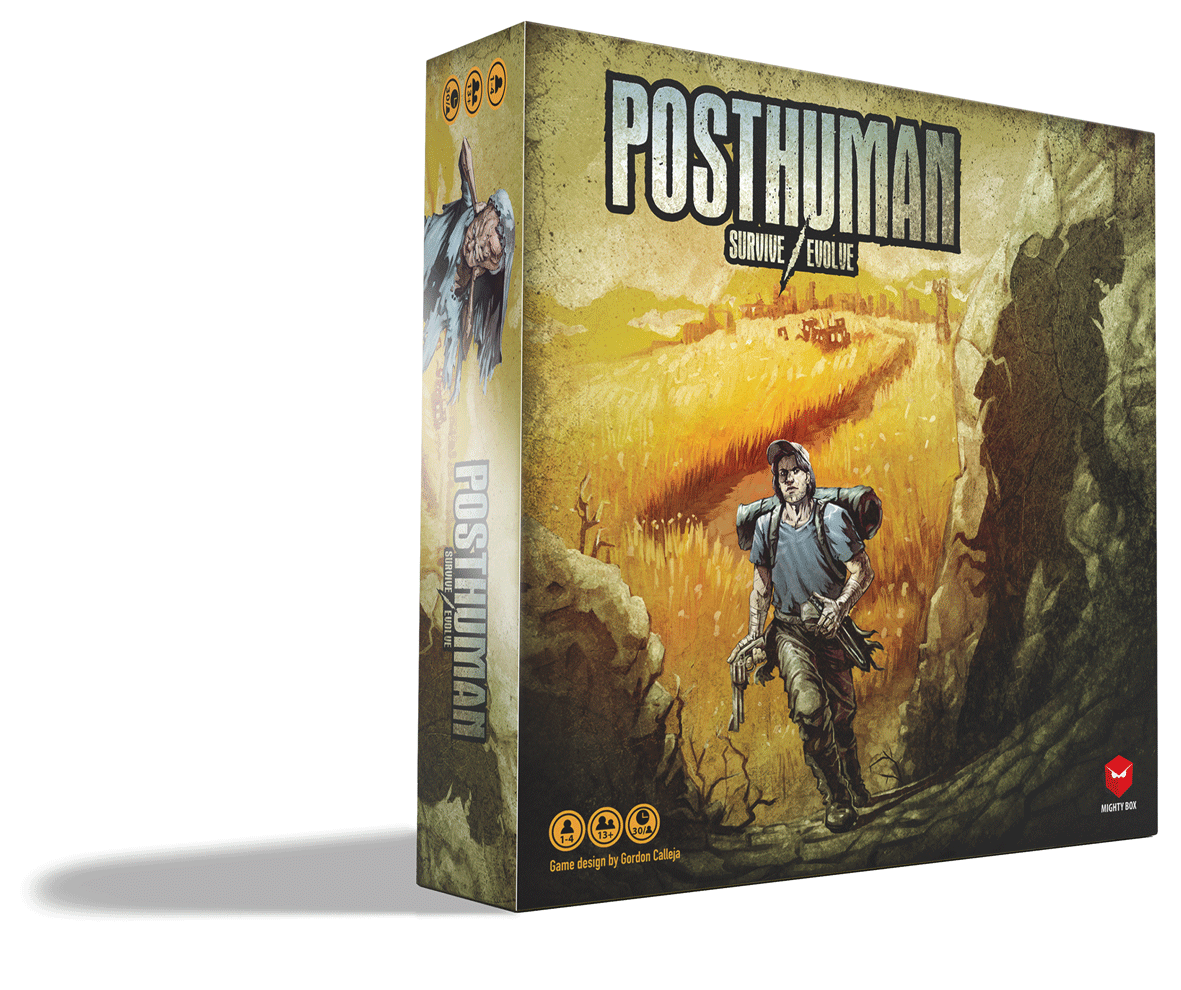 Save the date! And make sure you're stocked up on supplies: The journey begins on March 25th 2015. We're teaming up with Mr. B Games to bring you Posthuman - The Boardgame, and our Kickstarter campaign is imminent. In the meantime, here's a little teaser trailer as a taster of things to come...

Posthuman - The Board game - Box Art! 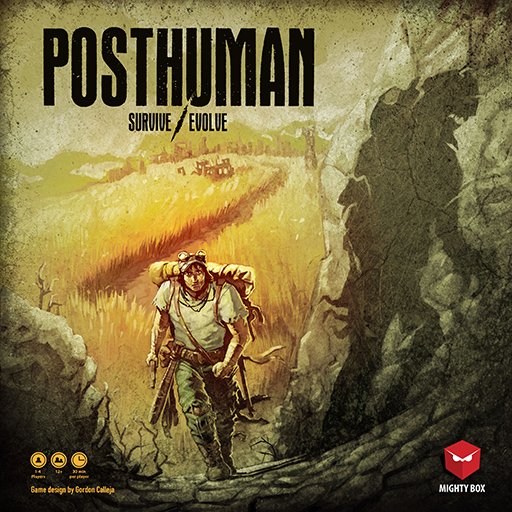 We're probably a bit biased, but heck, isn't it something? The Kickstarter is about to go live... watch this space!

Posthuman - The Board game - Kickstarter is live! 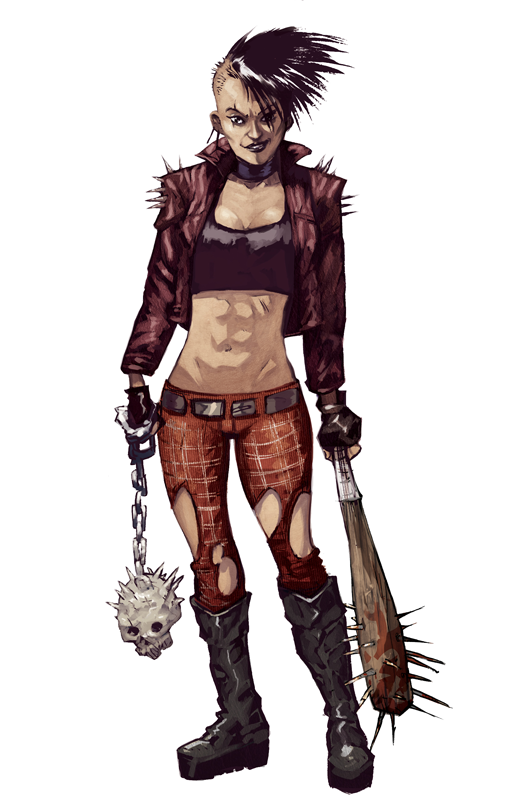 A mere 59 hours left on the ‪‎Posthuman‬ Kickstarter! If you're still on the fence (understandable if the field is swarming with mutants), maybe some more character art will convince you... Today we bring you The Cop! Look smart people, and don't answer back... 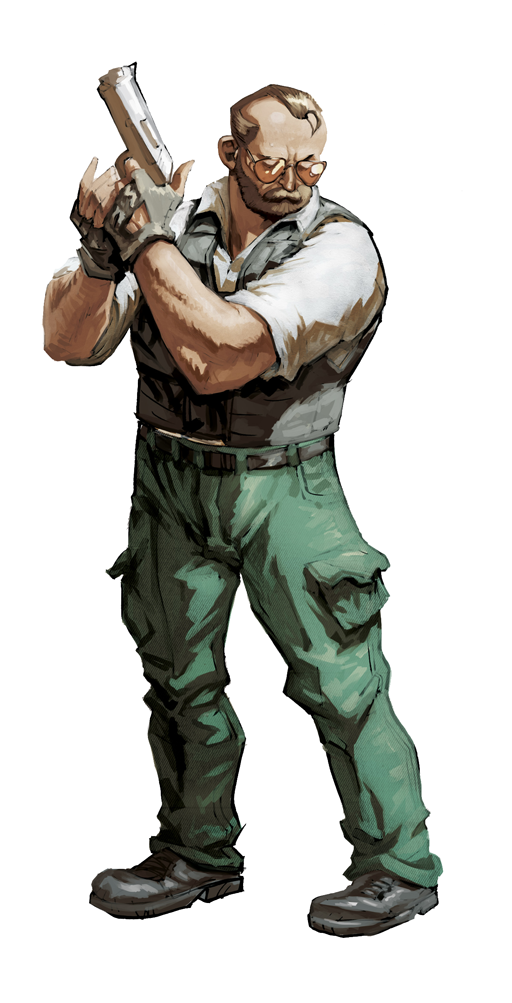 It’s not easy to let fifteen years in the force go. Fall or no fall, there’s always a community somewhere that needs looking after... and bossing around. Coming from a small village himself, the Cop feels duty-bound to protect and serve – when there were no more pay-checks to justify his daily toils, the Cop came to terms with the fact that this was not just a job for him, but an unshakable vocation. 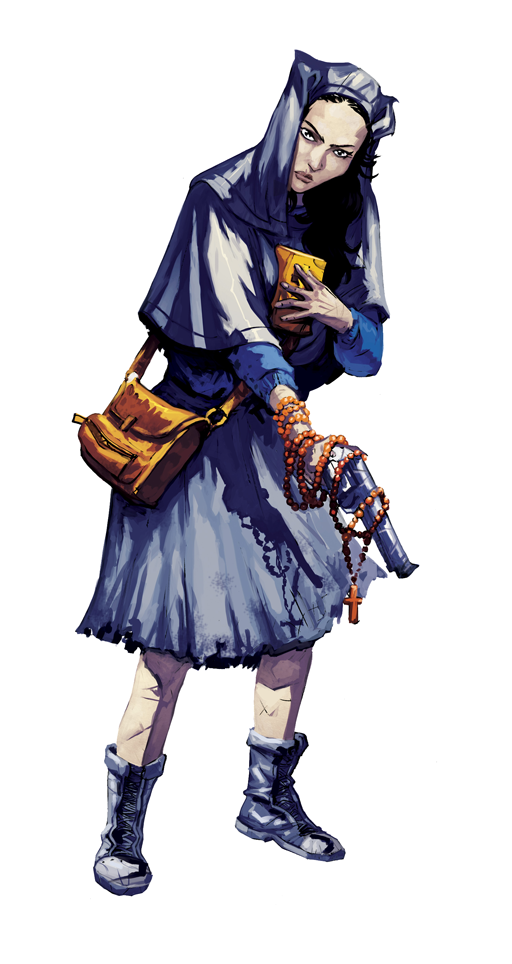 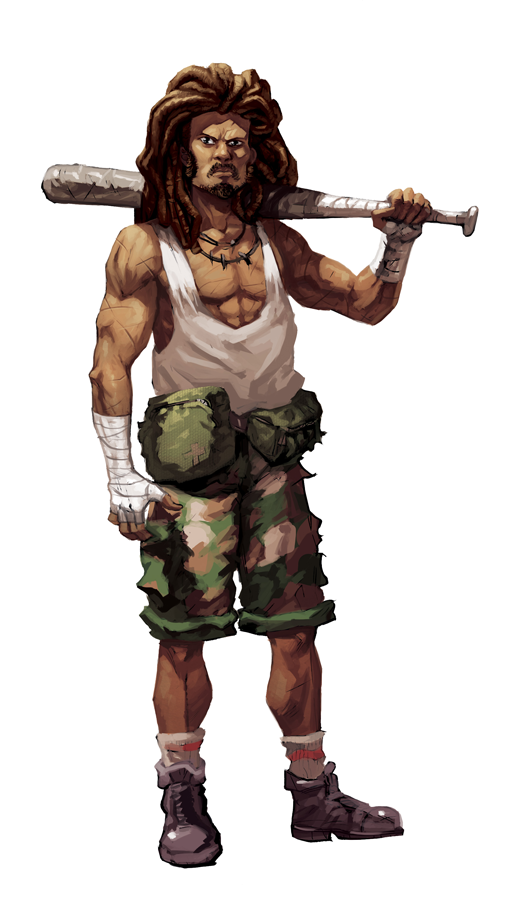 The runner was born five years after the Fall, into a small farming community that survived through strong kinship ties and a fairly impenetrable wooden stockade. The community was run by his uncle under the strictest terms and managed to remain untouched by mutation until recently...

Posthuman: The Board Game

Posthuman pits you as one of the last human survivors against a world where nature is reclaiming the planet and our mutant offspring are working to eradicate us. Will you resist mutation and survive, or give in to the inevitable and join the mutants?


You are Human
A species hunted by their genetically altered successors. Your hope is a rumoured fortified town where your kind are congregating to fight back. Be the first to reach the fortress and claim the win.

You are Posthuman
The next step in the evolution of a species that abused its world to the brink of disaster. For balance to be restored, humanity needs to be stamped out. Work with the other evolved to stop humans from reaching their destination.

The Thorsleff Test is the third instalment in our series of Posthuman mini episodes. This one is set 15 years prior to the time of the Posthuman board game, and hints at the events leading up to the Fall. The story makes use of audio, so volume up please!